Some 60’s records get played over and over again, like ‘Whiter Shade of Pale’ (you know the sort of record), and others just seem to have disappeared. I hadn’t even heard of this song until The Damned released their version in 1986, and got to #3 in the charts, and I’ve not heard it since. 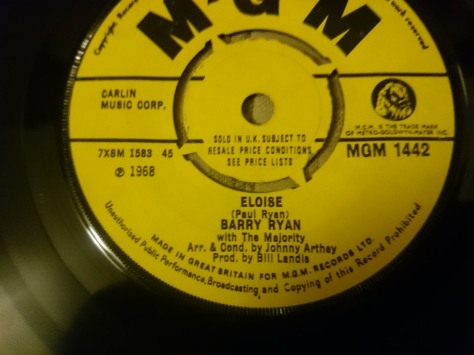 This is a properly mad record.

Barry’s singing starts off mildly frantic and breathlessly over-enunciated,  and 5 minutes later he’s sounding like a man with his extremities on fire and a gun to his head. The music is similarly ridiculous, arranged to within an inch of its life, with parping horn sections, angelic choirs, two drummers (one in each ear) and ending with a climax balancing on top of another, larger climax, balanced on a pyramid made of loud bits.

It is gloriously silly.

And for comparison, here is the Damned’s version.