It’s not a person, it’s a camera. I recently got a secondhand Diana Mini, because I liked that it was ridiculously small and light, and that you could take either square or half-frame photos with it (and switch between the two between shots). I don’t think there are any other cameras still in production that take square shots on 35mm film.  Of course, I could just take normal rectangular shot and crop it, but that doesn’t force you to compose your shot for a square.

The lens is plastic, so from a technical point of view it’s a bit crap, but the shots have a certain something, a dreamy vagueness to them. I like the effect. 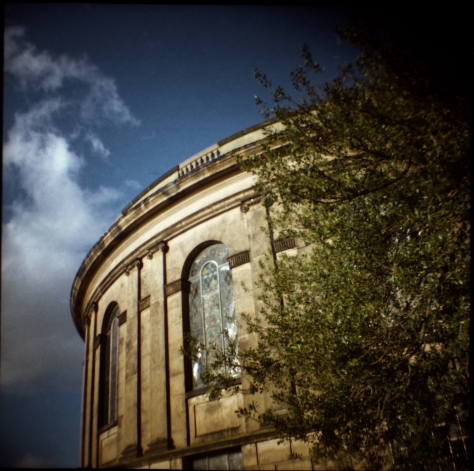 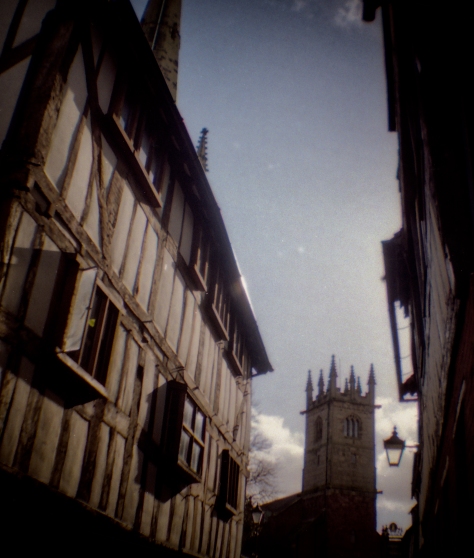 And now the camera has broken, as the shutter lever, which was a bit stiff, has now snapped. I’d only shot one roll with it, so this is very annoying. This is the downside to things being light; plastic snaps. It was secondhand, so its unlikely I’ll get them to replace it for me.

I might buy another one*. Or I could save my pennies and add them to the ‘film developing’ fund.

*Or maybe it could be argued that I enough cameras already.