Right, I’ve had enough of this song now. Please stop it. Everybody.

I used to love this song. I first heard it when "I’m Your Fan: The Songs Of Leonard Cohen", which is a pretty good collection of covers from various indie types who were around 20 years ago. The finest track on it is the final track: ‘Hallelujah’ by John Cale. 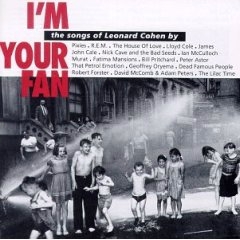 I played this track loads, learned to play this on the guitar, tried to get my band to play it (maybe the religious-style name put them off) and tried – and failed – to get my friends into it.

And then what happened? Jeff Buckley happened. And then a few years later that fucking ‘talent’ show happened. And now everyone loves it. And if you hear a bloke playing guitar and singing in a pub, sooner or later, he will play this song. Badly.

And I want it to stop. I have had enough. All versions of it now are shit. They are all too slow and reverential. And I want them to stop right now.

The only version of this song worth hearing is the John Cale version. Go download it now.

One thought on “Hallelujah. Not.”